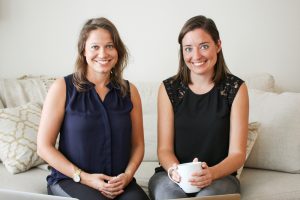 Lunch can be pretty damn expensive in Sydney. With our smashed avocado issues and our sky-high property prices, lunch is often a meal that is overlooked during the day. For me, lunch is a break I take between work and more work. And sometimes it’s about the food. But now, there’s something new arriving to change all of that (well, not the smashed avo or property prices).

On Tuesday 6th of June, American company MealPal will be launching in Sydney. It’s the second city outside of the US + Canada to enjoy MealPal, behind London. Launched just eighteen months ago, it is set to disrupt the lunch market in a huge way.

“Australians are passionate about food, and that’s why we chose to launch in Sydney next”
— Mary Biggins (co-founder)

The idea behind MealPal came from Katie Ghelli (left) and Mary Biggins (right). We chatted with Mary to find out what prompted her and Ghelli to create MealPal. “I’d be working and realise it was 3pm and I hadn’t eaten lunch. So I’d snack on M&Ms and chips,” said Mary. “We created MealPal to make getting lunch a streamlined activity, a good, affordable lunch, where it’s efficient and planned”.

With food outlets such as Down N’ Out, Mr. Bao, and Sumo Salad already on board (along with around 150 others), MealPal will initially roll out in Sydney’s CBD. There are also plans to further the app in Surry Hills and surrounding suburbs. In terms of using the app, you browse meals available at restaurants near you, filter meals by cuisine and portion size, and preorder the night before or in the morning. Then, you simply choose a time to pick up your lunch, skipping the awful lunch line!

Users can plan their lunches via the iOS app, Android app, or online.