My husband and I moved to Cambridge about four weeks ago (actually, a month yesterday!). I had really different ideas about Boston, Cambridge, and Massachusetts in general, so I thought I’d share some of the crazy things I’ve learned since I arrived.

Weird, right? In Australia, 7-Eleven is the go-to place for tampons, chips, and the odd Ben & Jerry’s treat. But here, you can head in to some 7-Elevens, and walk out with a wine or beer!

Some apartments are built from wood. 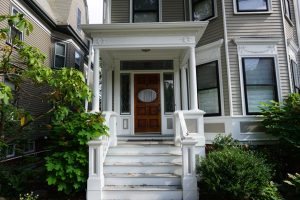 While most Boston apartments are built from brick, the outlier suburbs more commonly have wooden triple-decker homes. I was so surprised, because I had always assumed Massachusetts = old red-brick homes. But the suburbs used to be areas where immigrants from Portugal and Brazil called home. As many of the immigrants were from working backgrounds, they were able to easily build apartments using a brick base and wood for the rest. They then painted the apartments all sorts of bright colours (I’ve seen everything from lilac to hot pink!).

Yes, the drinking age is still 21 (thought it was 20 until 1984!), but oddly enough, you can’t have a happy hour in Massachusetts! People can’t even order two drinks for themselves (so there goes that 2-for-1 happy hour!). And unlimited drinks are definitely out of the question, so no bottomless mimosas with brunch for me. The happy hour ban was put in place in 1984 after a 20-year-old woman drank too much when she and her friends won free pitches of beer. She and a friend decided to sit on the roof of another friend’s car, and the woman fell off and was dragged by the car, resulting in her death. The driver had consumed 7 drinks. So, drinks can’t be given out as prizes, and unlimited drinks, or several consecutive drinks (happy hours) are not allowed. Oh, and apparently people blame the Puritans for the law as well. 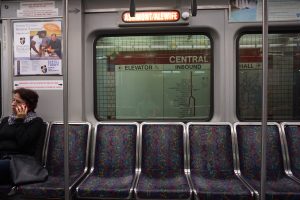 Back home, we would have to tap our Opal cards on the bus when we boarded, and then again when we were getting off at our stop. In Massachusetts, I can board a train from Central Station, Cambridge to Charles/MGH, Boston for the same price as any other trip (except for the commuter train, of course). You simply tap on when you walk into the train station, and don’t tap off!

This is the part that isn’t so great. Avocado on toast is only just becoming a thing here, but a lot of places are really stingy with the amount of avocado they put on. That, or they simply cut up some avocado and spread it on toast like Vegemite. Otherwise, there’s pancakes, or fried food (dammit, America, why can’t you have healthy options?!). I just want an acai bowl with muesli, or some proper smashed avocado with feta and coriander with a poached egg. Hopefully I’ll start finding some healthy options soon (and you’ll be the first to know). 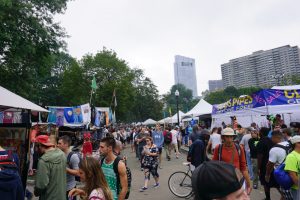 Weed is legal. It’s so legal, there’s a festival in Boston Common celebrating everything to do with it. In 2008, a ballot was passed to allow people to carry small amounts of cannabis (less than one ounce, or less than 28.3 grams). The law was passed in 2009. And in 2016, recreational marijuana was decriminalised, making it perfectly legal to smoke a joint without the fear of being fined or thrown in jail.

It can get super hot.

When I came to Boston four years ago, there was a blizzard. It was so cold, I couldn’t feel my extremities. When I started thinking about moving to Boston, I thought about that feeling, and expected colder weather. Nope. Summer is HOT. It can get into the mid-30s (Celsius), and it’s very humid. I’m so glad we moved at the end of summer, so we can enjoy autumn and winter soon!

I’m sure I’ll end up learning a lot more about this new state of mine (and country), so keep an eye out for more facts.