When my husband and I were trying to decide on a destination for our three-week honeymoon, we looked at a lot of places. But Italy kept coming up. We love Italian food (who doesn’t?), the culture really appealed to us, and it was a country we hadn’t explored properly.

We chose to visit Bologna because we had heard so many great things about it. It’s in the Emilia Romagna region, famous for its food. And between you and me, I may have cried while eating there.

Wander the back streets 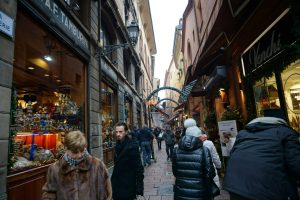 We were lucky enough to be staying on Vicolo Ranocchi, right in the centre of the beautiful old city. Wandering around the back streets, we found beautiful pasticerrias (patisseries), cafes where we enjoyed an espresso for one Euro, and fresh fruit and veg stalls. The streets were buzzing with locals, and we found Bologna to be the best hidden gem of our travels. It’s so underrated, so not many tourists head out there. But it’s worth the drive/flight. 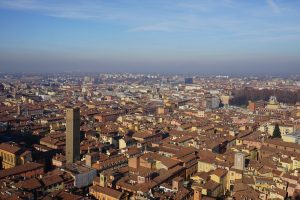 This view was worth the 498 steps up and the 498 steps down. At times, I freaked out when I looked down the staircase (the tower was built in the 1100s, and the staircase was added in the 1600s). But the view is breathtaking. The tower is taller than the Leaning Tower of Pisa, standing at 97.2m. It only sets you back a few Euros, so there’s really no reason not to do it (if I can, you can!).

Head to Modena for some great balsamic vinegar 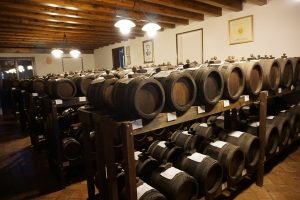 If you know me, you know I like planning. I’m the type of person who organises her birthday party in July (my birthday is in October). So, in true me style, I did a tonne of research on balsamic vinegar. I stumbled across Azienda Agricola Leonardi Giovanni, a place that makes its own balsamic vinegar (and has been for over 100 years). Between their 5-star reviews on TripAdvisor and Google, and the photos on their website, I couldn’t say no. So we drove from Bologna to Modena (just under an hour’s drive), and went for a tour. The tour guide was lovely, and explained how balsamic vinegar is made (weirdly enough, it’s very similar to how wine is made!). We were then able to taste balsamic vinegar aged at 25 years in barrels, and one aged at 100 years! It’s definitely not something to miss.

This is a given. But this place is incredible. It’s called Caffe’ Del Mercato, located on Via Pescherie Vecchie. It was the first place we went to for aperitivo, and the place that made one of the best impressions of what good Italian food is. Basically, it set a very high expectation for the rest of the trip. We paid around 8 Euros for aperitivo, which included a glass of wine and an unlimited buffet of bread, olives, pasta, and more. Once we had finished, we saw a couple eating some ragu and decided we had to try it. And it was so worth it. 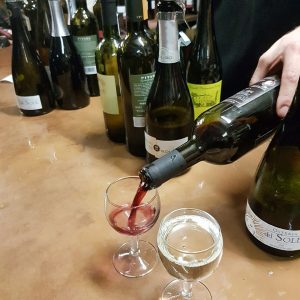 Opened in 1465 (!), this osteria is the oldest one in all of Italy! The stairs are the same, the bar is the same, and it’s a ridiculously cool experience. Think about it, you’re standing at a bar where people stood drinking over 500 years ago! Whilst they don’t serve food, they ask that you bring your own food to enjoy inside (so BYOF – Bring Your Own Food). They also don’t have many seats, so people spill out of the bar into the laneway, taking their glasses with them. It’s an incredible experience, and definitely something to remember.

Have you been to Bologna? What was your favourite thing to do or place to eat there? Let us know in the comments!